Places to See in Limone

Limone was originally a small and relatively unimportant settlement which it was only possible to reach across the lake. Its inhabitants lived from fishing and olive groves, although the name these days is inextricably linked with lemons. The name is not derived from lemons, however, but from one of two older words, either meaning border or elm (border is possibly more likely as it was and is close to administrative borders). 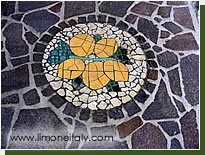 Lemons and Limone
One of the most distinctive sights approaching Limone on the lake is the view of the remains of the old lemon houses dotted amidst the houses and businesses. These limonaie were structures enabling the inhabitants to shelter the lemon trees from the frosts of winter. Lemon groves were brought to the shores of Lake Garda by monks in the 14th century, but it took until four centuries later for it to become established in Limone. Although lemon production flourished for centuries, it was finally hit by competition from groves further to the south. There is an interesting lemon museum at the Castèl lemon house, which is open for visitors in the summer months.

These days it is fashionable to write about how the small village has been spoilt by the rash of tourism and day-trippers - and it is true that thousandsof people visit the village by ferry and coach each summer day.

But it is also relatively easy to flee the crowds on the main street running just above the water's edge and instead wander through the side-streets and alleys or to take some interesting walks through the local countryside. 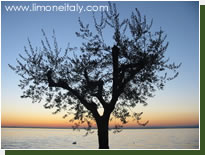 Olive Oil Co-Operative, Limone
Olive groves - as with most of the other communities around Lake Garda - are a feature of the landscape. The olive harvest in November is still carried out by hand on the steep hills and streambeds that are a feature of the local terrain. In years gone by, the mill used to produce the oil was driven by nearby streams, but these days the power supply is somewhat more permanent. It is possible to see some of the more traditional methods that were used to harvest the olives in the oil mill run by the Olive Oil Co-Operative, which is open weekday late afternoons in the summer months.

Limone's heritage, in the form of the lemon houses and olive oil mill, can be visited (see more information in boxes) in the summer months, while the three older churches - St Peter (a small Romanesque chapel from the 12th century), St Benedict (17th century) and St Rocco(16th century) - are also interesting sights. 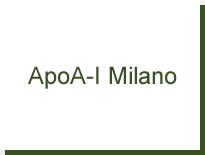 Apolipoprotein A1 Milano
A curious medical story also put the tiny Lake Garda town of Limone on the map:
In the late 1970s, doctors in Milan doing a routine medical check-up discovered high levels of cholesterol in one of their patients (who was originally from Limone) but, surprisingly, none of the attendant damage or symptoms that they would normally expect. Researching it further, they discovered that three members of the family - and eventually a small proportion of the population of Limone - possessed a certain type of protein which apparently reduced the risk of cardiovascular disease. However, despite what was hailed as a potential breakthrough at the time, a treatment based on the protein has not yet appeared on the market.

Above the town is the area of the Tesol, which houses the centre for the Comboni Missionaries. This religious movement was founded by Daniele Comboni (who was born in Limone in the19th century and who was sanctified in 2003). There is a small chapel and museum on the site.